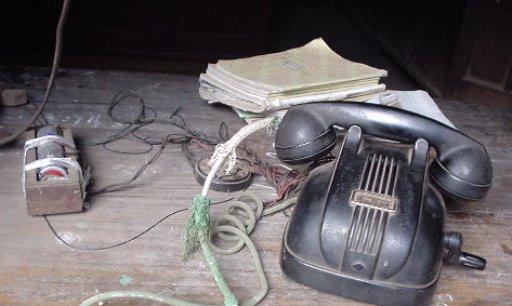 Many resources are available, I will group them here into "free" and "paid". Of course, many free services also have paid options with more tools, help and information. Please feel free to recommend a site for this toolkit.

A great host of measures can be found in the "Engineering Toolbox":, here:

How to check your internet speed (article):

Posted in: IT toolkit | 0 comments

Recently, a small academic society I belong to lost the person who had been looking after member contact details. There was backup copy of the full member list but we now have to rebuild the mailing list based on this. We did not use a properly managed mailing list system: Here I will report systems that other academic groups use:

This might be one of the best open source and free systems:

"GNU Mailman -- the world's most popular mailing-list manager -- has been in constant revision for two decades and supports more than 20 languages.

The University College London (UCL) uses Mailman and gives advice on how set up a list and manage it:

Physiology calculators at Physiology Web include many lab-friendly tools.

For example, the Percent (%) Solutions Calculator includes not just a calculator that covers different measurement scales,it also has a nice text explaining the three different ways of calculating percentages for solutes in solutions (w/v, w/w, and v/v).

Summary Quote: "Data sharing can save important scientific work from extinction, but only if researchers take care to ensure that resources are easy to find and reuse".

For educational resources, and more, see:

"In 2016, the ‘ FAIR Guiding Principles for scientific data management and stewardship’ were published in the journal Scientific Data with the aim of improving the Findability , Accessibility , Interoperability , and Reuse of digital assets.

Society of American Archivists ( https://archivists.org ) - "North America's oldest and largest national professional association dedicated to the needs and interests of archives and archivists." Has a useful dictionary of terms often used in relation to archives and their contents.

"Papago is an automated interpretation application that is useful for traveling overseas and communicating in foreign languages. It was developed with NAVER's own technology, which integrates speech recognition, speech synthesis, machine translation, and character recognition.

The underlying core NMT (Neural Machine Translation) technology has been uniquely applied to translate sentences as a whole instead of splitting into phrases in order to provide more accurate and contextualized translation services."

My Japanese wife prefers this machine-translation service for Japanese/Korean, and the tool offers a wider range of Asian languages than similar tools provided by European companies:

(alongside English and a few European languages)

The online service can translate text snippets or website pages (scroll down to enter the URL). There is also an app that can be downloaded onto a computer or phone, for most common systems.

The service has a nice parrot image as logo.

There are many writing style guides guides published by universities, academic journals, governments, publishers and others.

1Password is an internet service that has a useful guide for website developers. This may help the Research Cooperative (for example) to communicate more clearly with site users in its technical documentation, and in automatically generated messages. See: https://support.1password.com/style-guide/