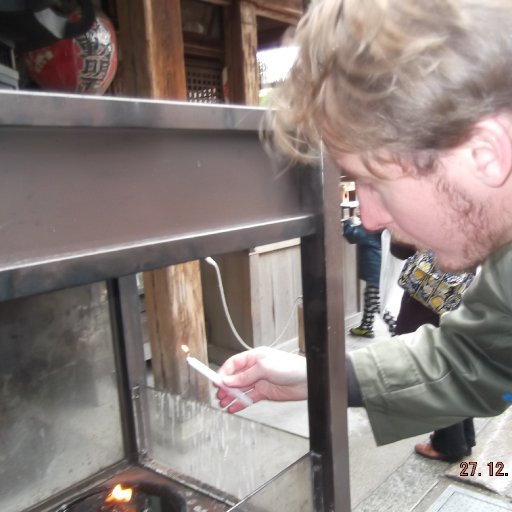 I've been reading this paper, produced by the Royal Society of New Zealand, on creating a "green economy" for NZ. The Royal Society is long-established, widely respected, and could be considered very 'Establishment'. The paper is clear and thoughtful, and I don't disagree with any of its proposals. Why is it, then, that I read it and doubt that any of these sensible policies will be implemented?

The problem is that this mild and optimistic paper, if presented as the policy proposals of a political party, would be considered radical. Reducing car use and imposing energy-saving measures on homeowners are uncontroversial goals when stated in the abstract, but when rules that would actually be effective are suggested they face fierce opposition.

Likewise, the report has as one of its beginning premises that social and economic inequality are undesirable and hamper efforts to achieve sustainability; that measures to reduce energy use need not be economically harmful; and that alternative measures of national well-being may be preferable to measuring a nation's success by GDP. In New Zealand, which considers itself an environmentally aware and socially progressive nation, most people would in theory agree with these premises; but I would suggest that the parties currently in power discard them, unapologetically, in favour of immediate economic gain whenever there is a choice to be made.

What I'm trying to get at is this: there is a gap between mainstream discourse in science and mainstream discourse in politics. I think this gap arises because scientists present facts, which lead to suggestions about what we 'should' do; the 'should', though, is a course of action which will always -- when presented as an actual course of action -- conflict with existing interests. The problem is that facts do not win political arguments, people do. The 'should' of science is an abstraction which has little political substance when weighed against everyday economic concerns, and that is true regardless of how thorough and how important the science is.

I'm currently reading Neil Ascherson's Black Sea, a broad and very readable overview of the region's history. This passage stood out to me:

'Science' is the word Russian archaeologists use to describe the whole profession of knowledge to which they belong. The word in Russian has none of the limitation to physical sciences or technology which it has acquired in English; a philologist or an art historian is as much a scientist as a molecular biologist, in the sense of the French word 'savant'. Nothing, neither Stalinist terror nor free-market pressures and privations, has been able to rob this Russian term of its majesty. When Mr Chesnok and his colonists spoke about themselves as 'scientists', I came to understand that they were talking not only about their research but also about something inward and existential. They meant a sort of marble stele in the mind; incised upon it are the moral commandments to which the life of the scientist is dedicated. These commandments include the commitments to truth, to loyal comradeship, to intellectual and personal self-discipline, to an ascesis indifferent to discomfort or money. This is the Rule of a religious order.

I wonder how many Russian scientists would agree with this today?

Thisis a discussion (very USA-focused) prompted by a New York Times article which complains about the decline of 'public intellectuals'. I don't think the original article is particularly good, but at the link there is interesting debate about whether academics within institutions are well-equipped to talk to the public, and also anecdotal evidence that some of the most able postgraduate students in the social sciences and humanities are publishing online because more traditional venues aren't open to them.

This siteis an index of thousands of articles published in reputable African journals. The site explains its mission thus:

"Important areas of research in Africa are not necessarily covered by publications from the developed world. African countries need to collectively play a greater role in the global online scholarly environment. African researchers also need access to their own continent's scholarly publications."

That makes sense to me. Interestingly, they have means-tested access to articles: the site uses your IP address to determine whether you're in a developing country and charges accordingly (those from developing countries get a limited number of articles for free). All articles indexed from Open Access journals are free. 476 journals are indexed.

There has been some interesting reporting recently in the Guardian aboutthis case,in which three men who had taken dumped food from a supermarket skip in London were prosecuted for theft. (The charges were dropped at the request of the supermarket management -- whether for sincere reasons or PR reasons is difficult to know.)

I think prosecuting people for using food which would otherwise be wasted is an ethical misuse of the law. It is also truly alarming just how much supermarkets throw out. As was pointed out in the comments on this article, though, not all the responsibility for this sorry state of affairs lies with the retailers. Shoppers have come to expect supermarkets to carry everything, all the time, with no regard to seasonality. A supermarket geared to reducing waste, like a small restaurant, would offer less variety. That seems to me a price eminently worth paying.

Does anyone know of good research on schemes for reducing the amount of food waste in modern distribution processes?

Today I came across HAU, an ethnological journal now up to Volume 3, Issue 3. In their own words, it's: "...an international peer-reviewed, open-access journal which aims to situate ethnography as the prime heuristic of anthropology, and return it to the forefront of conceptual developments in the discipline."

What stands out about this journal is that it is peer-reviewed, has excellent production values, and does not charge contributors or for access. The quality ofarticles is very high. Unsurprisingly, this is the result of institutional support, in this case from a network of university anthropology and sociology departments and a few private foundations.

Is this the ideal model? Perhaps. Quality does come at a price. Currently it's paid for by institutional subscriptions, or in the case of some journals by the authors themselves. The first of these options has led to the creation of an inflexible and costly knowledge infrastructure, and the second is both ethically questionable and unfair on authors. So, to me this model makes perfect sense; if moreinstitutions were willing to cover the costs of properly hosting and maintaining a quality OA journal, the collective costs to institutional libraries of access to articles would come down. It's a fairer and more efficient way of spending money -- money that ultimately comes from the same source!

It's undeniable that the centres of power in the world of academic publishing are still in the USA and Europe, and while getting published in a famous journal is not easy for anyone, it's almost impossible for a researcher who isn't attached to a big US/UK/Euro institution.

Of course, the Internet has opened up dozens of other possibilities for publishing, which is a very good thing. Although some will misuse this (see myprevious post), in time there should be a natural sorting of the possibilities as different models are tested. With the number of scientists working around the world, we can expect this to be a very diverse ecosystem, but hopefully there will be a place for some very strong and prestigious journals with universal recognition and very high standards -- and hopefully they will be open to any papers of sufficient quality, regardless of origin.

That, however, is in the future (I hope). The question for now is: what infrastructure is missing that would make it possible for a researcher whose first language is not English, who doesn't have strong institutional support, to submit a paper that can be fairly judged on its scientific merits? Peter Matthews believes that many papers can be substantially improved with basic editing help, which is one of the reasons this site was created; what other hurdles remain? I'd like to hear from you. Researchers of the world, what kind of help would be most useful to you?

Today I came across Jeffrey Beall's website, which lists what he considers to be 'predatory publishers' -- scammers who create low-quality scholarly journals and charge researchers to have their papers published in them. To be honest, until very recently I had no idea how widespread this problem was. I recommend visiting the site, if you haven't before, for a look at the diversity of these scams, whose activities range from legitimate-but-incompetent through to criminal fraud. Beall also produces an annual list of predatory publishers which could be useful if you're wondering whether to delete that email offering to publish your paper -- for a reasonable fee, of course.

Some Open Access (OA) advocates argue that Beall's focus on bad OA journals is unfair, and that he doesn't do enough to acknowledge the good ones or to expose the shady practices of subscription journals. He does seem to have some disdain for the Open Access movement, and seems fairly complacent about the 'traditional' system which has failed in many regards. Nonetheless, Beall is performing a genuine service to the research community. Those who advocate for Open Access should be the most vociferous enemies of parasitic, profit-making scam journals, because they only make life more difficult for those trying to create a genuinely useful Open Access model, and for researchers themselves.

There's humour to be found in the moreincompetent attempts at scamming academics, and some sadness when thinking about the circumstances on both sides that have made these scams viable. I intend to think and post more about this in future.