Isabel Colegate. 1968 [reprinted 2020] Orlando King. Bloomsbury Publishing. A timeslip to prewar and postwar Britain and the inner life of a political family, following the structure of Oedipus Rex. The reprint has useful introduction for classically untrained readers such as myself..

The Research Cooperative Newsletter is sent out occasionally to all members with the aim of reminding members that our site is still active, and to encourage use of the site, and provide some guidance on how to use the site. Th Newsletter is very much "grey literature" and not very exciting, so we expect a proportion of members to "unsubscribe" and are happy if a measurable number of members read the message.

In the Admin dashboard, we can see what the response has been (see image below). Any suggestions on how to make our newsletter more interesting are welcome! Thanks. 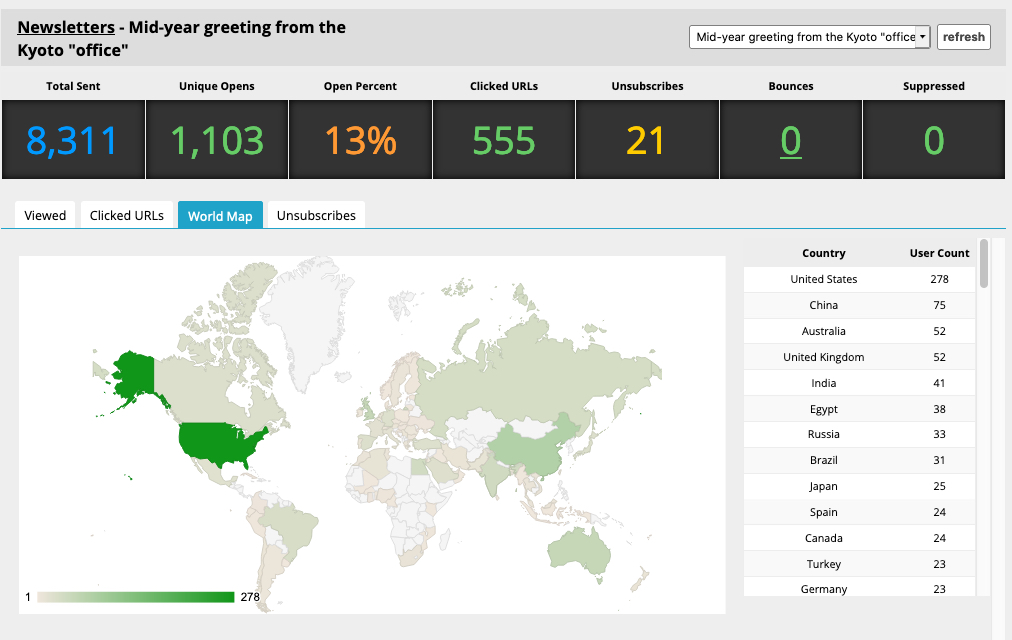 The Research Cooperative and Covid 19

I'm concerned that, globally, not enough efforts have been made to let most people know what viruses are and how we can protect ourselves and our communities from Covid 19 and economic damage -- now and in the future. Such efforts are just as important as collecting and providing the information on how and where the pandemic is expanding or retreating.

Despite all sincere efforts, perfectly accurate and complete informaion cannot be expected. Presenting the information we do have is done very well here:

A good public-health service and the economy are not either/or options. We need both: one supports the other.

It also helps to know how, why and where disinformation is created. UNESCO has published a report on this very recently, with the following cover note:

" Access to reliable and accurate information is critical at the best of times, but during a crisis such as the ongoing COVID-19 pandemic, it can be a matter of life and death ". 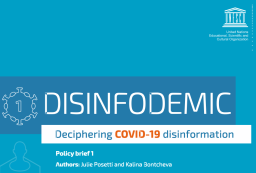 Ambrosoli, Mauro (1997) The Wild and the Sown: Botany and Agriculture in Western Europe, 1350-1850. Cambridge University Press (translated by Mary McCann Salvatorelli  from Italian to English).

Graeber, David (2019) Bullshi*t Jobs: A Theory (The rise of pointless work and what we can do about it). Penguin.

Varoufakis, Yanis (2017) Talking To My Daughter: A Brief History of Capitalism. Vintage

Tolerable (books with some points of interest, so I finished reading them)

Kruger, Susanna S. (2017) My Mother's Story and Worth: Africa to Aotearoa (NZ, self-published family history with some general historical interest).

Editing a thesis abstract in Bangladesh

This week I have been in Bangladesh for work related to my own research subject. I am collaborating with a counterpart at one of the universities here. He gave me days of his time, so I was very happy to help edit thesis abstracts for two of his MSc students.

The abstracts were first sent to me by email, as digital documents, but I insisted on working with the texts printed on paper, and with the students in person.

One student was sick, so eventually I had a good 30 minutes one-to-one with the other student, working through the abstract and improving the expression.

The basic content and structure was mostly good. By working through the text together, the student could observe the editing process, not just receive a final result. I hope it was helpful. For me as an editor, the work was much easier because I could ask the author for immediate feedback on my suggestions, and for clarification of meaning when needed. 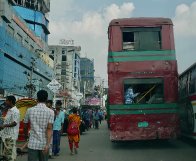 I am sure the similarity is intentional, since so many people from Bangladesh are living in the UK, or have been there for work or study.

Many staff at the university I am working with have obtained a PhD in the UK.

The Wild and the Sown

In 460 detailed pages, including a detailed index, this densely-packed book reviews the spread of nitrogen fixing legumes across Europe and their changing roles in two agricultural revolutions (ascending in one, declining in the other):

This is an excellent English translation by Mary McCann Salvatorelli. The original Italian edition was published in Turin in 1992.

There is a lot to learn about cabbages - and they in turn are just a small part of the large family of brassica vegetables!

This new book on cabbage is good to read, for anyone who grows, cooks or eats cabbages:

There are many interesting side-stories along the way. The author has read - and eaten - widely to give us this book. I particularly like the use of old paintings of cabbages and cabbage fields to illustrate the book here and there.

The book is one of many in the "Edible" series published by Reaktion Books.

The Shepherd's Life: A Tale of the Lake District

Peter J. Matthews, for The Research Coooperative, blog, 6th May 2019.

The Lake District of northern England is most famous today as a scenic destination for millions of tourists annually, a get-away-from-it-all region for visitors from across the United Kingdom and the world. It is mountainous, with many peaks of more than 600m, including the highest peak in England, at 978m. These are not high mountains by world standards, but at a latitude of around 54 degrees North, the entire region is very cold in winter, has short summers, and is not easy for farming.

It is in this region that James Rebanks grew up as a farmer and shepherd, like his parents and grandparents and others before them. While telling the story of his own family, and the tensions, tenderness and cooperation that coexist in a multi-generational family farm, Rebanks also tells the larger story of a traditional farming system that has existed for thousands of years, based on sheep herds that may have originated with the migrations of Vikings into the region from northern Europe. There is also a story here of modern social history, telling how landless peasants became tenant or smallholding farmers while also retaining access to high mountain pastures (the fells) that are still managed as commons, having escaped enclosures (privatisation) during and after the 19th century.

The author also shows how traditional "cultural landscapes" and "intangible cultural heritage" are formed, and how these may struggle to survive even as efforts are made to preserve the outward, material appearances of a landscape. To understand his own world, Rebanks stepped outside, into the world of academic study, and then returned. Rebanks is quite explicit in his own wish to dedicate his life to a particular place and culture, while helping others to do the same in other regions of the world, through various kinds of negotiation with the modern world. He is anti-dogmatic, despite his dedication to a particular way of life: his purpose is not to prescribe solutions, but to help others find their own solutions, and to enjoy their own ways of living. The stories in this book are both personal and universal, and I could easily find resonances with my own experiences of life growing up in New Zealand, where my ancestors were farmers, and where some branches of the family remain close to a particular landscape and rural culture, while others have wandered far from it.

Perhaps it is my own farming instincts and family history that made this book so interesting for me, but I also want to think about the implications for my work as an ethnobiologist. For many years I have been looking at how people across Asia and the Pacific have maintained certain plants, cultivation methods, and cooking methods over thousands of years, not only across generations but also across cultures and languages. Although we often think of the world as divided by geographical, social, and cultural boundaries, there are also many continuities across ancient cultural landscapes. Understanding such continuities may help us to recognise shared interests in the present, and opportunities for mutual support in the future.

[See also: The Illustrated Herdwick Shepherd , by the same author].

Photo above: "Herdwick sheep browsing in a field remarkably popular with moles", by Pete Birkinshaw , 19th February, 2009 (via Wikimedia Commons and licensed under the Creative Commons Attribution 2.0 Generic license).