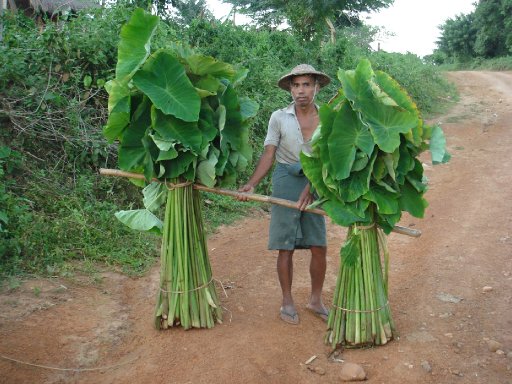 
Taro, Colocasia esculenta (L.) Schott, is a root crop and leaf vegetable found in tropical to temperate regions of Africa, Asia, Oceania, and the Americas.

Throughout lowland Southeast Asia, wild populations of C. esculenta grow along roadsides, ditches and canals, and on the banks of ponds, streams, and rivers (Fig. 1).

These rarely studied wild populations are widely used as free sources of food for local people and fodder for local pigs. They actively invade the open habitats created by human activities, spreading vegetatively and by seed, and may represent the most abundant wild vegetable source in Southeast Asia.

To test old and new domestication models (Fig. 2), we will:

(i) map the distribution of wild populations of C. esculenta , 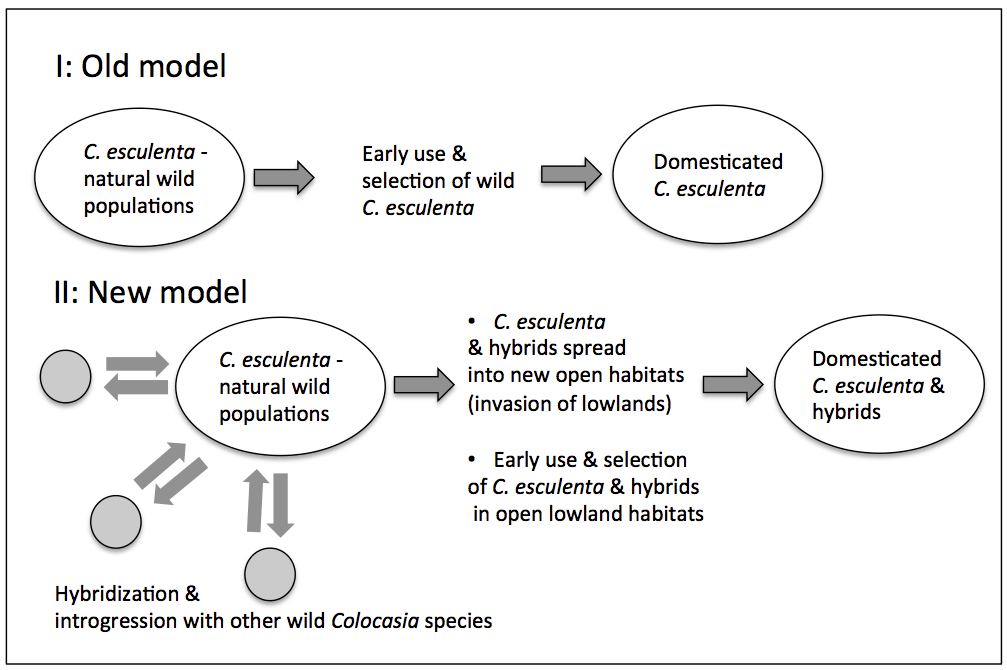 To conduct the research, convene related meetings, and prepare publications, we will establish an international “ Wild Taro Working Group ” composed of local counterparts and others with relevant expertise and interests.