Academic Publishing in the Philippines (SCRC no. 1) 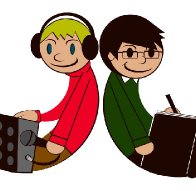 Academic Publishing in the Philippines

University of the Philippines, 7th February, 2012

As I write it occurs to me that it is easier to read and compose written ideas with hardcopy at hand printed copies that I can hold, fold and crumple wherever I go but then again, I wonder if the present generation, especially the so-called techies, feel the same way I do in this digital age?

I am lucky to be one of those in academe who have seen how typewriters became computers, and card catalogues became online databases. The radical shift from manual to digital came to define research and writing at the end of the 20 th century. Now it is a major challenge for academic publishers in the Philippines: adapting to and coping with todays digital climate in the context of a developing economy.

Academic publishing in the Philippines is primarily university-subsidized (Roman 2007), though there are also government agencies, NGOs and private entities that publish scholarly works (Pacheco 2004). However, university publications seem to have gained more prominence since they are peer-reviewed. Unlike universities in the West that publish an  extensive range of journals, universities here mostly publish books, trade books, monographs and occasionally textbooks and journals (Roman 2007, Hidalgo 2007).

Peer reviewed journals in local universities have only recently gained sufficient academic credibility to define high-quality scholarship, and help in the promotion and tenure of faculty members. This situation reflects a history of inadequate institutional investment in equipment, laboratories, grants, and other support for high level research; more generally local universities dont have peer-reviewed journals, let alone internationally refereed journals, of their own (Roman 2007). At the University of the Philippines (UP), journals are published and subsidized by the respective departments and institutes of different colleges. These are usually distributed for free (Yu-Rivera 2011, Roman 2007), and are thus locally accessible, even if not all internationally known.

The beginnings of university-based publishing can be traced to the founding of the University of Santo Tomas Press in 1602 (now UST Publishing House). Three centuries later other major university publishers were born: University of the Philippines Press in 1965, Ateneo de Manila University Press in 1972, and the De La Salle University Press in 1983 (though it ceased operations in 2006). Lately, commercial publishers such as New Day and Anvil also began to publish academic books (Hidalgo 2007, Villanueva, Jr. 2010). A comprehensive history and almost complete listing of academic publications in the Philippinesalong with their respective publishershas been generously written, compiled, and deposited online by Esther Pacheco (2004).

Through this platform, C & E and the participating academic institutions and professional organizations aim to: promote the research of Filipino scholars; improve the online visibility and readership of Philippine academic journals in the worldwide research community; and provide an alternative, cost-efficient method for scholarly publishing in the Philippines (Philippine E-Journals 2011).

Thus, academic publishers are now being encouraged to explore the various opportunities of on-line publishing: print on demand, pay per view, open access, and other methods. Though these should reduce printing and subscription costs, many local readers and authors alike still cannot afford access to on-line materials. There is also uncertainty about the management of intellectual property rights (Roman 2007, Hidalgo 2007), especially for open access data, as  wider distribution through the Internet may make it more difficult to protect author copyrights.

In a country such as the Philippines, the difficulties associated with journal subscriptions reflect, in part at least, the meager salaries of local academics. As one UP professor said, As to popular appeal, I dont think [journals] have popular appeal because of their rigid academic nature. I dont know if journals have reached more readers now that they have online versions... Subscription is usually not an option for us - we buy only the volumes that we are interested in (Yu-Rivera 2011).

Local libraries also seem to subscribe more to international journals from abroad, as local readers tend to prefer the work of foreign scholars, even if the work of local scholars is of more relevance for them. Local scholars may have more difficulty getting their work published in international journals precisely because of their greater relevance for local readers (Roman 2007).

Despite these lingering issues around academic publishing, the Philippine government, through its Commission on Higher Education (CHED), has established a Journal Accreditation Service (JAS) in order to evaluate research journals from higher education institutions and professional organizations. Efforts are being made to raise the standards of local scholarly works by standardizing various aspects of research publication output. Monetary incentives are also given to JAS-accredited journals (Rule 2011).

Academic publishing in the Philippines has not yet come to terms with the present fast-paced digital age. While research for the present paper was mainly supported by online resources, the eventual success of this and other examples of online publishing still depends on what readers and scholars find best for their different needs. We live in a world where all methods of communication are possible and needed, manual and electronic, printed and digital. As readers and scholars, it is best for us to know them all.

Villanueva, Jr., C. M. (2010)   Chronicling the History the University Press in the Philippines, 1965 - Present: An Exploratory Study on the Three Top University Presses . (Retrieved from:   http://dlsu.academia.edu/camilomendozavillanuevajr/Papers )

* T his article was commissioned and first published by The Research Cooperative. It remains copyright of the author, and is issued here under our Creative Commons License (see Copyright & Terms of Service ).

The article may be cited as: A. T. M. Fabian (2012) Academic Publishing in the Philippines. Short Communications of the Research Cooperative , No. 1, e1-3.